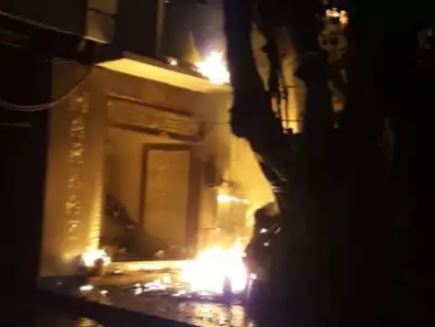 The blaze was finally brought under control at around 5.50am (ANI Photo)

NEW DELHI: A fire broke out at a showroom of motorcycle company Harley Davidson in west Delhi’s Moti Nagar in the early hours of Saturday, officials said. According to fire officials, they received information regarding the blaze at 1.36am, following which 25 fire tenders were rushed to the spot.

The blaze was finally brought under control at around 5.50am, a senior fire official said.

The first and second floors of the showroom were severely affected by the fire, the officials said, adding that some portions of the ground floor and the basement also suffered damage.

There was a nightclub on the third floor of the building and a restaurant on the terrace.