20210128 Fire at Manang jungle out of control since two days

Fire at Manang jungle out of control since two days 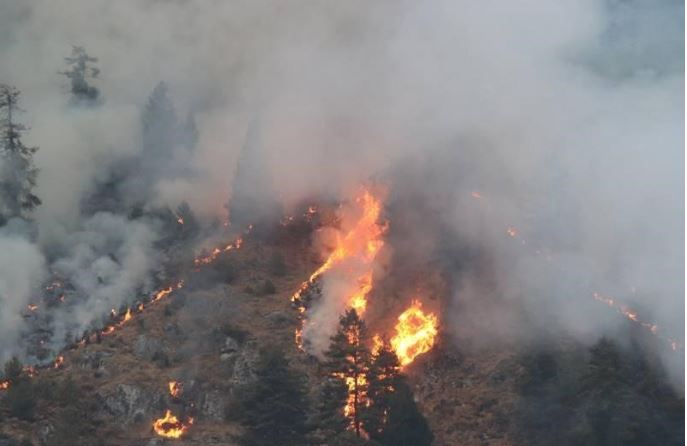 Fire continues to engulf forest and other areassince Tuesday in ward 5, 6, and 7 of Naso Rural Municipality, Manang. Photo: RSS/File

The jungle in Naso Rural Municipality has been raging in forest fire since past two days without successful efforts to douse it.

Chairperson of Ward no 8 of the Municipality Hupajung Gurung shared, “We have used all resources available in the district but to no avail.”

The fire is now poised to enter the human settlements in Tachai. Strong winds are making the fire control work difficult while the village has been engulfed in smoke due to the forest fire.

On the other hand, local residents are accusing the Annapurna Conservation Area Project (ACAP) authorities of turning a blind eye to the incident.

The fire has reportedly gutted 2,000 hectare of jungle in the ACAP area. Some locals also blame the local administration for inaction.

Chief District Officer of Manang, Bishnu Adhikari said the local security agencies are working day and night to stop the fire from entering human settlements. Forest fire has been reported in different parts of the district, and hence has been difficult even with the mobilization of all available resources, he said.