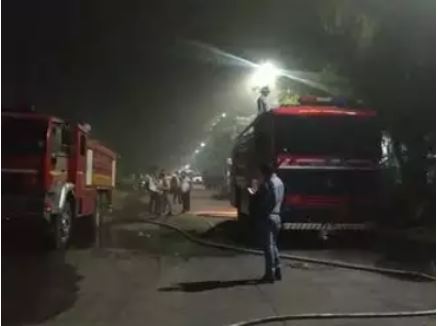 KALYAN: A major fire broke out in Calyx Chemicals and Pharmaceutical Limited situated in Dombivli MIDC on Wednesday evening.

Six fire vehicles were rushed to the spot to control the blaze. The fire which broke at around 7.30pm in the record room of company, situated on the third floor, later spread onto first floor based apartment where company’s research room exists.

Dilip Gund, chief fire officer of KDMC said, “No one is injured in the mishap as when the fire took place all employees from company managed to escape.”

The cause of fire is not known.