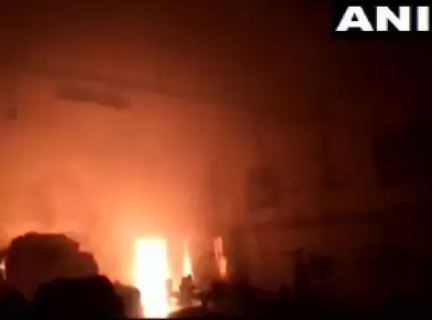 WEST BENGAL: A fire broke out at two godowns of a jute mill in the Titagarh area of West Bengal’s North 24 Parganas district on Thursday.

“Such a fire cannot be caused by a short circuit. The exact reason is still unclear. We will come back during daylight hours and inspect it properly,” Chowdhury said.

After an hour-long effort, three fire tenders managed to douse the fire.

No casualties have been confirmed yet. The extent of damage is being investigated.