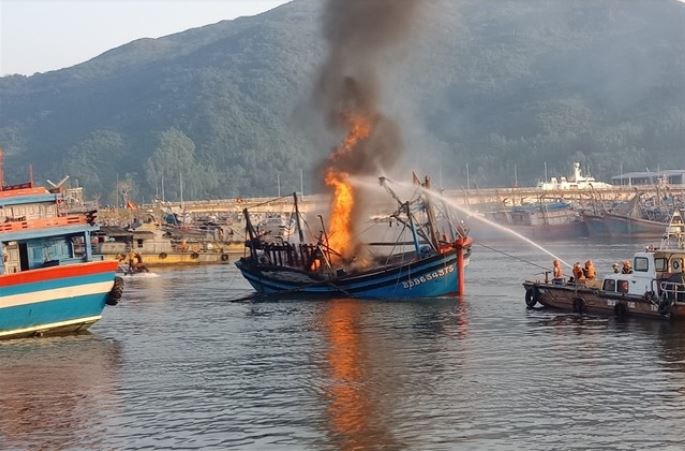 ĐÀ NẴNG — Three fishing vessels were destroyed by fire while five others suffered minor damage after a fire at Thọ Quang fishing dock at 5.40am on Sunday.

Fire prevention and rescue forces from Da Nang City’s public security and border guard were sent to stamp out the fire.

The cause of the fire has yet to be determined, but local authorities said the fire likely started from incense burning on one of the boats.

Police are investigating the fire. — VNS