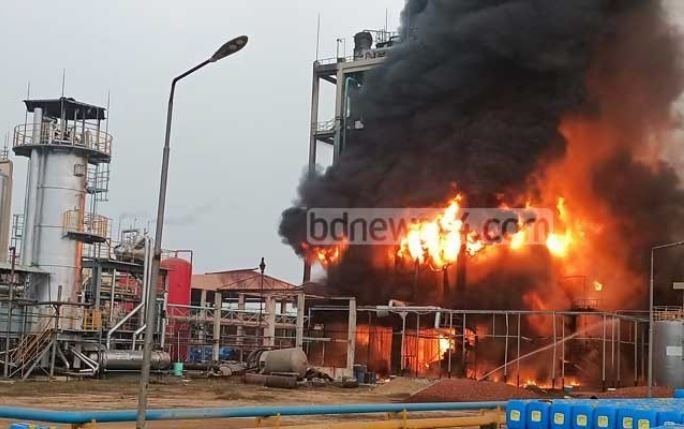 Rescuers have pulled two bodies from the rubble left by a fire at a chemical factory in Gazipur’s Sreepur Upazila, taking the toll to three.

The Fire Service and Civil Defence took the blaze under control two and a half hours after the factory at Tepirbari caught fire on Thursday.

The body of the first victim, Alamgir Hossain, was found on that night.

His wife Salma Begum filed a case on Friday against the factory authorities, charging them with culpable homicide, OC Imam said.

Abdur Rauf, an assistant general manager of SM Chemical, said no one else was reported missing.

Among the victims, Ashraful was a mechanical feeder, Nasir an operator and Alamgir was a worker.

Rauf said the company gave the families of the fire victims money for the burial.

They will also get dues and more financial help in line with the rules later, he added.

The fire damaged most parts of the hydrogen peroxide factory, according to him.

OC Imam said 20-22 workers of the factory were injured while trying to douse the fire, which started with a loud explosion.

Six of them were sent to Dhaka Medical College Hospital for treatment.

The authorities could not ascertain the cause of the fire.