Fire in Cumilla Patti burns down nearly 100 houses in Dhaka 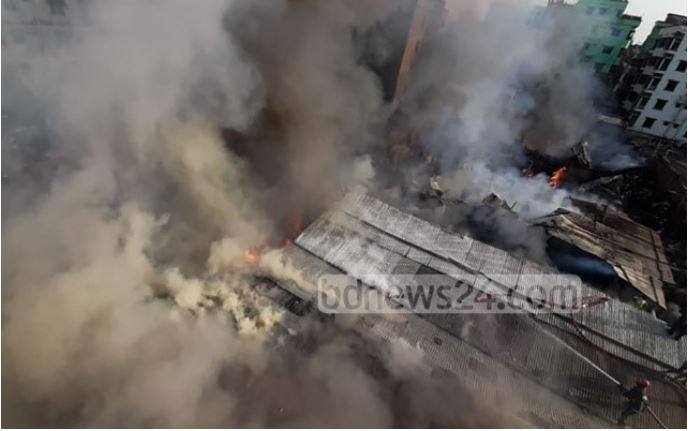 A fire broke out in Maniknagar’s Cumilla Patti in Dhaka burning down around a hundred houses.

Lima Khanam, an official of the fire department’s control room, said they received information of the fire around 3:20pm on Sunday.

Nine units of fire service brought the flames under control around 4:45pm.

“Several landowners built makeshift houses similar to those of slums beside Cumilla Patti graveyard. Most of them were burned down. But we are yet to receive information of casualties,” Saha told bdnews24.com.

Authorities could not immediately provide an estimate of the financial losses caused by the fire.