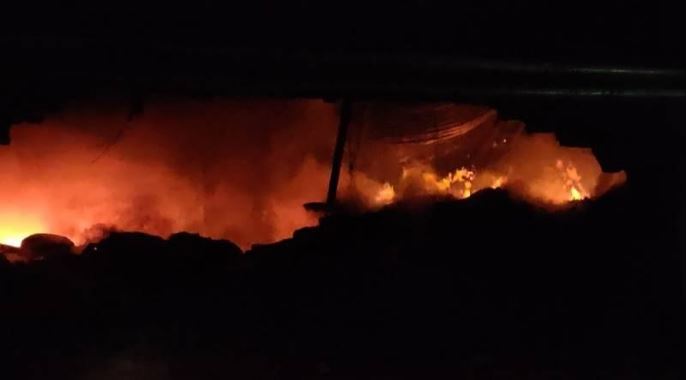 A fire broke out at Aarati Soap and Vegtable Oil factory based in Jeetpur-Simara Seb Metropolitan-9, last night.The factory went ablaze at around 7 pm on Sunday and has not come under control since. According to the Shyam Mulaiya, owner of the factory, the raw material store house caught fire.Police have informed that the efforts are ongoing to take the fire under control. Chief of District Police Office Bara, Superintendent of Police Dipendra Shahi shared that the efforts to douse the fire would take a while.According to him, the fire has incurred losses in millions, but exact details have yet to come.A total of eight fire engines — three from Birgunj, one each from Hetauda metropolis, Jeetpur-Simara Sub Metropolitan, Kalaiya Sub Metropolitan, Kohalwi Municipality, Nepal Oil Coporation Amlekhgunj, Bara and Parsa — are being used to put out the fire.Meanwhile, a team led by SP Shahi comprising of personnel from Nepali Police, Armed Police Force, Nepal Army have been deployed for fire-dousing efforts.